Precipitation in the Cowichan Watershed in winter has historically been in the form of rain and snow. In higher mountain areas surrounding Cowichan Lake, the snowpack that builds through the winter is a reservoir of water that augments the capacity of the lake, and contributes significantly and critically to the lake in spring and summer.

This table summarizes the snowpack data in 2016-17, 2017-18, and to January 1 2019, and compares those years to the 20 year history available for Jump Creek. The manual Heather Mtn. data was not included in this summary. Click here to decode the abbreviations in the table.

The River Forecast Centre issues reports effective to the first of each month from January to June, with additional reports on May 15 and June 15. Click here for Snow Conditions & Water Supply Bulletins.

The Jump Creek chart at the bottom demonstrates how much the snowpack in recent years is reduced from the long term average. The Heather Mtn. chart, immediately below, is still made up of little historical data, unlike Jump Creek. The different scales on the two charts can also mislead so keep this in mind when comparing the two. 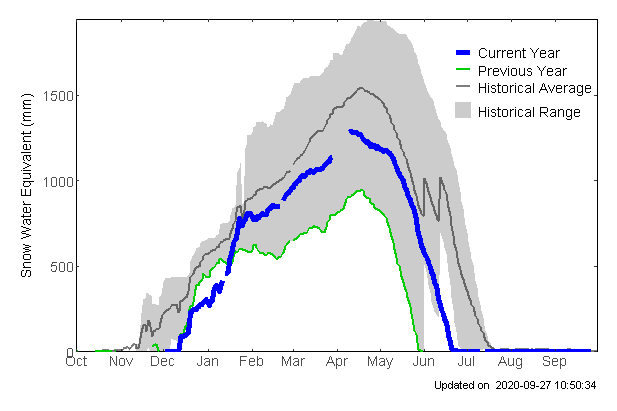 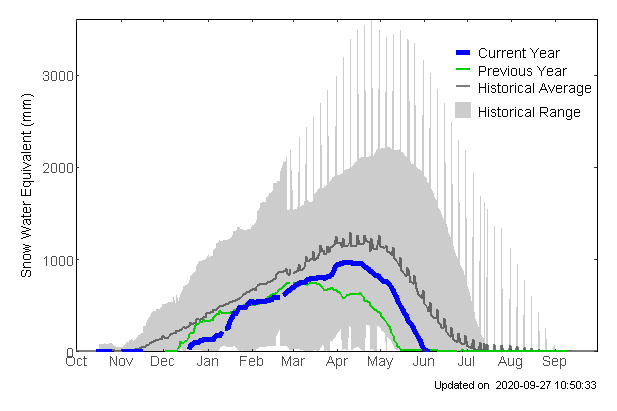