You are here: Home / content / Hybrid salmon discovered by scientists on Vancouver Island 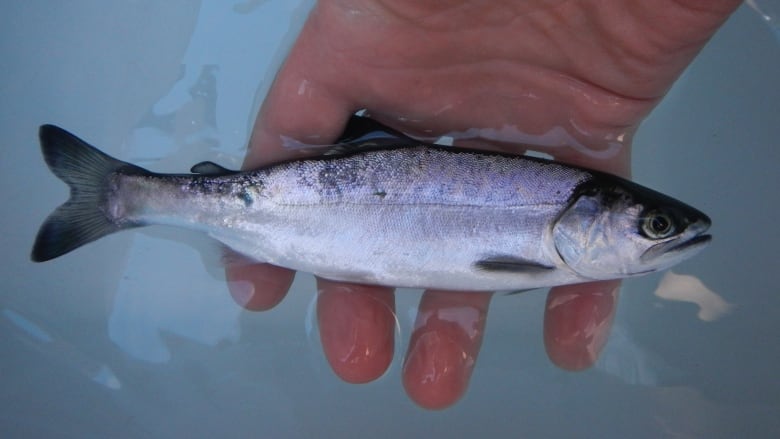 Second-generation hybrid salmon, with genes from both coho and chinook salmon, have an uneven scale arrangement that researchers say is an abnormality associated with hybrid fish. (Submitted/Will Duguid)

Fish found in Cowichan River have genes of both coho and chinook salmon
CBC News Oct 12, 2019

Two salmon researchers say a surprising discovery has been made on Vancouver Island.

Andres Araujo, a biologist at the Department of Fisheries and Oceans, and Will Duguid, a PhD biology student at the University of Victoria, recently found fish in the Cowichan River, north of Victoria, B.C., that have the genes of both coho and chinook salmon.

Tissue samples revealed the fish are second-generation hybrids, meaning they are the spawn of hybrids.

The hybrid fish, according to Araujo and Duguid, are a rare find in Canada and are likely the result of drought in the Cowichan watershed, which has impacted when and where coho and chinook spawn.