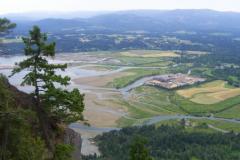 The Cowichan Estuary is one of the most important estuaries in British Columbia from an ecological perspective. It is habitat for up to 230 bird species, and rearing habitat for four salmon and three trout species. It has been the home to Cowichan Tribes for millenia, and to thousands of other people in more recent years. It is important to humans as a food source, an aesthetic and recreational joy, and as an industrial site.

Its ecological health has suffered greatly from human impacts.  In response to serious conflict over land use in the estuary during the 1970s and early 1980s the provincial government completed the Cowichan Estuary Environmental Management Plan and gave it legal status under OIC 1652 in September 1986. Henceforth, no development could occur in the area covered under the Plan without the signature of the province’s Minister of Environment to the effect that the work would have no significant environmental impact on the area. 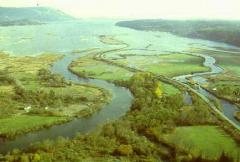 The plan and the estuary are now under the authority of the multi-agency Cowichan Estuary Environment Management Committee. Since the introduction of the plan, the foreshore area given over to log-booms and other industrial activities has been significantly reduced, and a significant amount of land is now secured for conservation.

The ecological health of the estuary has improved, but still has some way to go, and it is threatened in ways not envisioned when the plan was implemented.

Encroaching residential development threatens many species, particularly the Great Blue Heron. Activities up-river, including those designed to control river flow and flooding, have resulted in gravel build up and flow alterations, and have changed the estuarial area downstream. The flow profile in the Cowichan River has changed – there is greater “flashiness” throughout the year, lower discharges and higher temperatures in late summer.